Egypt to increase wheat import in next 5 years

Egypt will continue increasing import of wheat, corn and soybean in the next 5 years, declared Hesham Soliman, CEO of United Grain, within Grain&Maritime Days in Odessa-2021 on May 26. 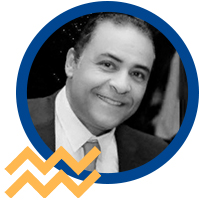 “Egypt actively imports primary wheat to cover the needs of constantly growing population. The import of wheat will amount to 13.2 mln tonnes in 2020/21 MY. GASC buys about a half of this volume for further use for bread subsidy program”, – he said.

“Egypt will continue importing wheat actively, as the expected annual population growth at 2.5% will bring extra 500 thsd tonnes to wheat consumption. Russia will remain the leading supplier of wheat to Egypt, despite the higher price amid the export duty implementation”, the speaker said.